It is my belief that price leads the news! With all the bad news about the yield curve,China trade negotiations, etc. why isn't the S&P 500 down more? It's roughly 4% off the high at 3027. It seems to be holding it's own even with all the bad news. If you look at the 9/3/2008 chart of the S&P 500 it looks very different. From my eyes it looks like the market is pricing in a series of negative economic events. Having the benefit of hindsight we know Lehman Brothers filed for bankruptcy on 9/15/2008. It's this Pady's opinion the S&P 500 is holding up even with all the negative news. The bottom line is we will continue to stick to our process. Price will lead the news.BE PATIENT my friends!

Charts provided by MARKETSMITH/IBD You can not invest directly in an index. 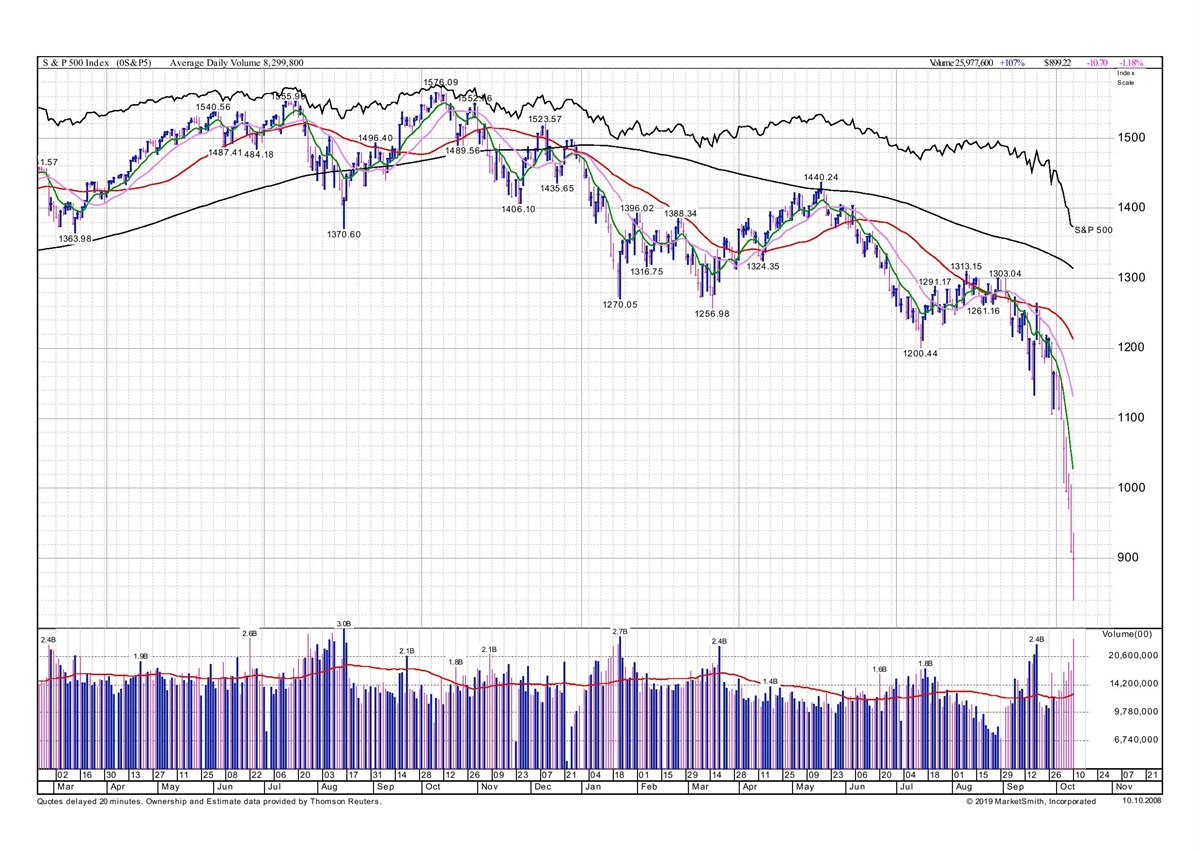 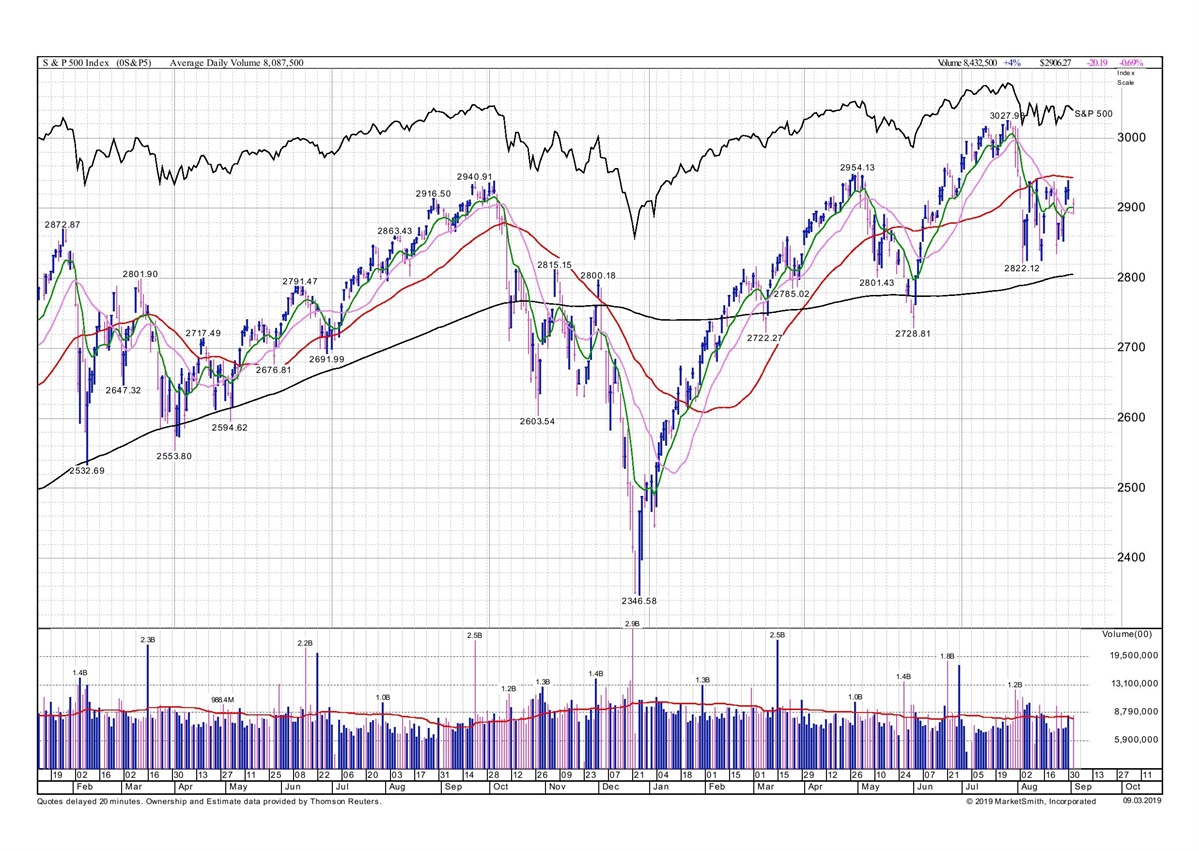